Croatia to San Marino and then Monaco!

Out and about with the rich and famous!

35 °C
View Liza Mission to Visit EVERY country in Europe this year! on LizaBrooks's travel map.

We got up early and started up the coast towards Slovenia. This was a nice easy road and had little trouble. We did hit a bit of traffic on the way towards the border and there was an old English couple in their camper next to us. They shouted hello and we did back. We then asked if they knew where there was a McDonalds. They laughed at us but I don’t think they realised it was a serious question and not a joke.

When we got over the border we went to a Duty free store and everything was no longer nice and cheap so we passed on that one! Slovinea was literally just a short drive through and before we knew it we were in Italy!

Dale being half Italian was tasked with teaching me the basics so I could at least look like I was making an effort. I have learned the greetings, politeness and 1-10. I feel quite proud!

We headed for a Tom Tom campsite near San Marino and were pleased when we got there that there was still a fair bit of day light left…sadly they were not really open as a camp site anymore and had no room for us so we had to move on. We headed to San Marino and took lots of photos as it got dark and admired the beautiful views over the mountains and Rimini. We also got a McDonalds there and it was quite possibly the McDonalds with the best view in the world :D 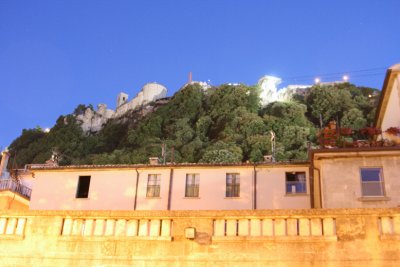 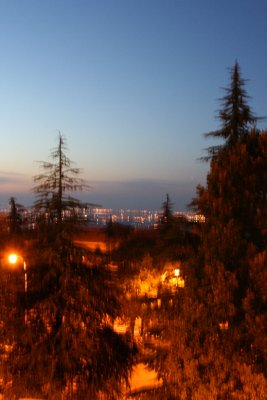 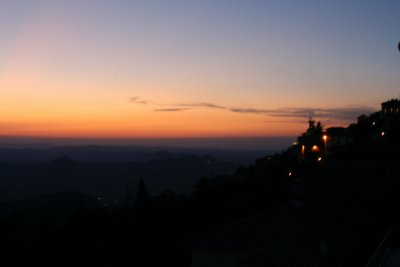 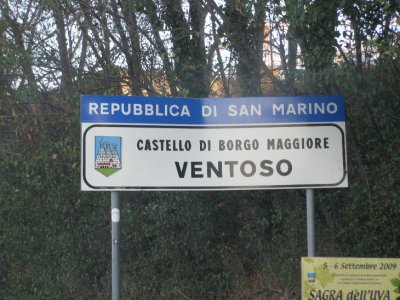 We decided that the sensible thing to do would be to layby it over night somewhere on the way to Pisa and that’s what we did stopping at a services over night. We didn’t really fancy paying €30 for the night to sleep in the car as it was now dark.
The next morning we woke early and found that others were also sleeping in their cars so at least we were not alone. I went into the café and tried out my Italian which was great and I got what I wanted result! From here we headed over to Pisa which was really easy to find and we just parked on the side of the road and got some pictures of the famous tower and square. There were a lot of tourists there including English ones and we realised we were no longer special any more ☹ 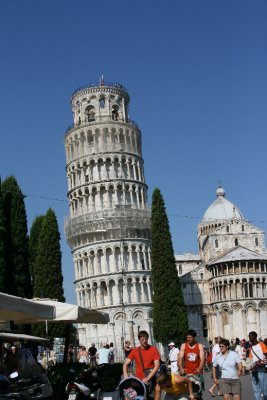 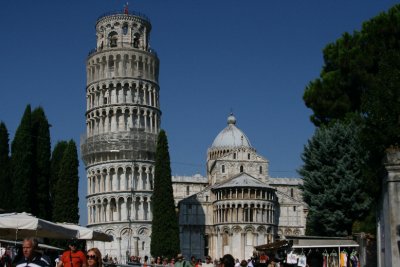 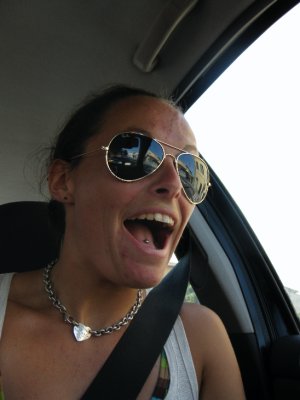 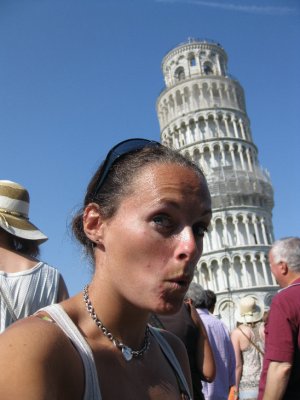 We headed on towards Monaco now and stopped just before the border with France at a Campsite recommended by Tom Tom, its quite expensive at €38 per night but at least its spacious and the toilets are clean if not without toilet paper. I’ll update this next when we’ve done some exploring!

Ferrari's raced with: 1
Horse and Carts seen: 79
McDonalds with probably the best view in the world:San Marino!
Discount got on sunnys:75%! haggle em good!

Previous Next Table of contents

Comments on this blog entry are now closed to non-Travellerspoint members. You can still leave a comment if you are a member of Travellerspoint.

If you aren't a member of Travellerspoint yet, you can join for free.